I didn’t discover avocados until relatively recently in my life. My family never bought them when I was a child and I don’t remember seeing any in the shops. I’m not sure if they were even available in Britain in my childhood. Now that I’ve discovered them, I love them. They are always present in my local stores. Though they are popularly used to make guacamole, I like to simply add slices of ripe avocado to a meal.

Avocados are a healthy food (or at least they are when eaten in moderation). In biological terms, an avocado is a stone fruit because it contains a large seed. The fruit has been in the news recently due to someone confusing wasabi with avocado and suffering ill effects as a result.

Unusually for a fruit, an avocado is high in fat. The fat is almost entirely monounsaturated, however. This type of fat is helpful because it can lower the level of LDL cholesterol in the body.

Despite the potential benefits of monosaturated fat, it’s important to remember that all types of fat contain the same number of calories per gram and can cause weight gain if eaten in excess.

Avocados that I bought in my local supermarket

Other Nutrients in Avocados

One fifth of an avocado is considered to be one serving, though in my family a serving is generally half of an avocado. The suggested serving is an excellent source of nutrients. It’s especially rich in vitamin C, vitamin K, folate, and dietary fibre but contains good levels of many vitamins and minerals. It has a very low sodium level and like all plant foods contains no cholesterol.

The fruit contains many other chemicals and is believed to have additional benefits beside supplying vitamins, minerals, fibre, and monounsaturated fats. For example, it contains lutein and zeaxanthin, which are believed to be beneficial for vision. Both chemicals are concentrated in the eyes. The fruit also contains phytosterols, which lower the LDL cholesterol level in our bodies.

One point is important to note when people make wonderful health claims about the chemicals found in certain foods, including avocados. The concentration of a particular chemical in a typical serving of the food is important to consider. If a potentially helpful chemical is present but has a low concentration, it may not be of much use. Another  point to note is that a specific nutrient may require the presence of another nutrient in order to be helpful. Avocados are a wise addition to the diet due to the known concentrations of basic nutrients in the fruit, even if they don’t have other benefits. 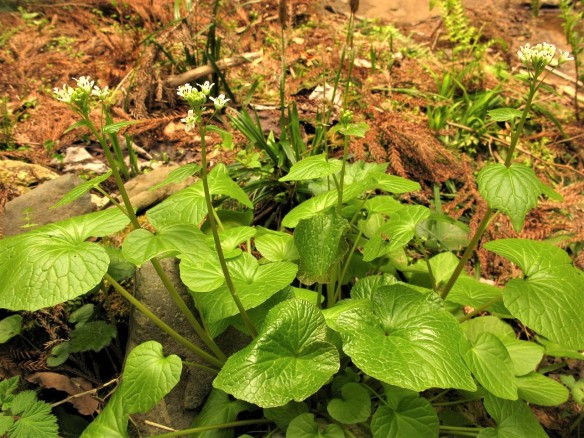 The Nature of Wasabi

Wasabi is also known as Japanese horseradish. It belongs to the plant family called the Brassicaceae (or the Cruciferae). The family includes many familiar plants such as Brussels sprouts, broccoli, cabbage, cauliflower, horseradish, and mustard. The flavourful condiment is a paste made from the ground rhizome (a thick, underground stem) of the wasabi plant. The plant’s scientific name is usually said to be Wasabia japonica, but it’s sometimes known as Eutrema wasabi.

As a condiment, pure wasabi is light to dark green in colour. I’ve never tried it, but it’s said to have a hot and strong taste. An Israeli woman recently referred to in the news was attending a wedding. She mistook wasabi for avocado. She was likely unfamiliar with avocado, which doesn’t have a spicy taste. She ate so much of the condiment that she triggered a heart problem. This may be an unusual response and doesn’t necessarily mean that someone else would have the same problem if they ate a lot of wasabi, but it’s something to think about.

The woman’s first symptom was pressure in her chest and arm. The pressure dissipated after a few hours. The next day, it returned. The woman went to her doctor, who diagnosed a condition called takotsubo cardiomyopathy. The condition is sometimes called broken heart syndrome because it’s often the result of a stressful event, such as the death of a loved one or the loss of a job. Rarely, it’s caused by a food allergy. Wasabi has never been known to create the problem before the incident described above. 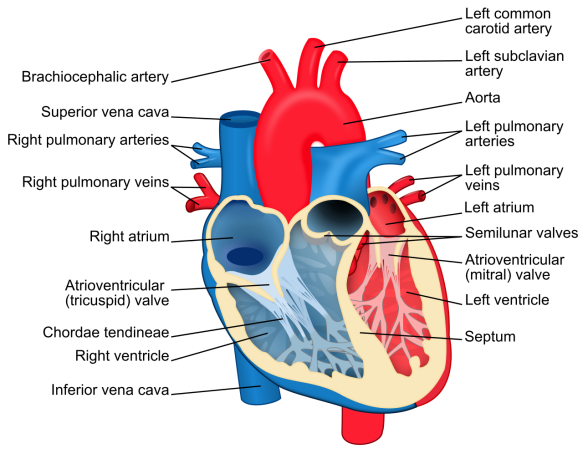 Parts of the heart by ZooFari, CC BY-SA 3.0 license

Takotsubo cardiomyopathy is generally not serious. It involves a temporary weakening of the muscle of the left ventricle of the heart. This ventricle has the hardest job in the heart because it has to pump oxygenated blood around the body. The patient usually recovers from the condition. Occasionally, however, the condition can lead to other heart problems. The woman mentioned above recovered after about a month of treatment.

Wasabi is considered to be safe to eat, but it’s probably best to eat it in small quantities. It’s probably also a good idea to learn how to distinguish wasabi from avocado, which is safe and even beneficial to eat in larger quantities.